From Uji Station to Yantan

From Uji Station, I headed to Yantan via taxi. After going through the town lively with tourist, along the road you can see a big dam. (You can also see Uji Bridge that come up in The Tale of Genji. It feels like a road that goes through a forest with tall trees lining the street and felt nice. (I was unable to take many photos from inside the car, so I apologize that I can’t share the scene with a photo. If you have a chance, please go see it with your own eyes.) After about a 30-minuet drive, we arrived at Yantan. 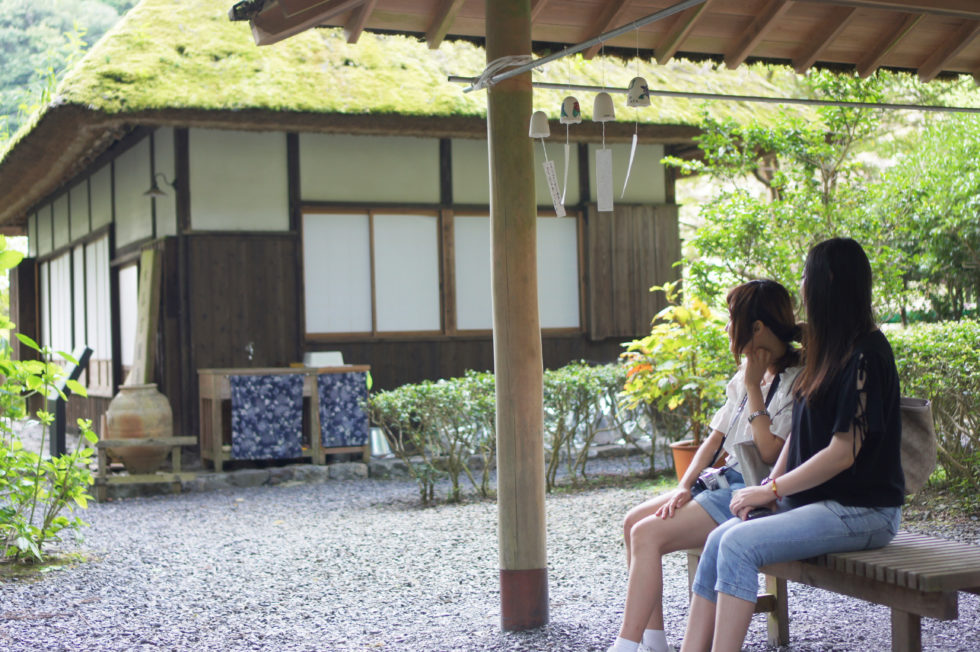 Soen Nagatani's birth place is the outback of Yantan. Upon arrival, the first thing that stole my eyes, was the garden surrounded in lush green. There were also many tea trees planted, and you could feel that it was the place of Sencha green teas birth. Looking up at the sky, you can see between the tall trees. The soft light shining through is definitely a scene you can’t find in Kyoto city. It was a hot season, but the shade of the trees made it feel cool. Tadashi Nagaya's home itself was actually restored, but it all fits in very with its surrounding very well. When you enter his birth place, the old production tools are safely being kept, and if you reserve in advance, you can see inside the place. 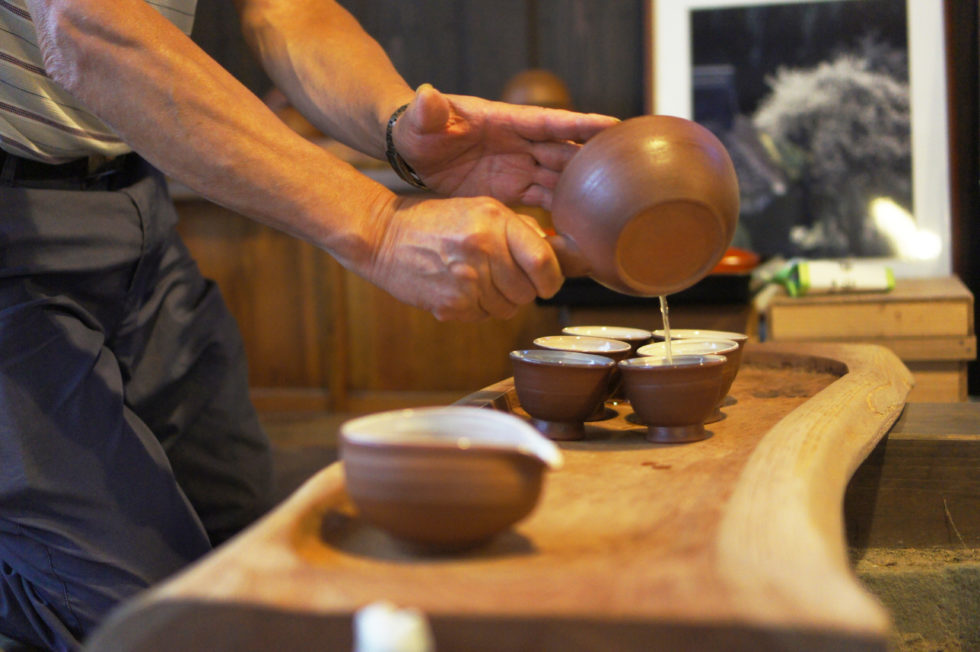 Having Tea at Soen Nagatani's Home

There are many things I learned through studying Japan's green tea. In olden times, the high-quality tea was only enjoyed by the upper class. The middle class, could only smell and taste the rough brown tea. The person that changed this reality in Japan was Soen Nagatani. His new production of sencha green tea greatly changed Japan's quality of tea, and has become the example for how to make green tea. This is what spread green tea to so many. 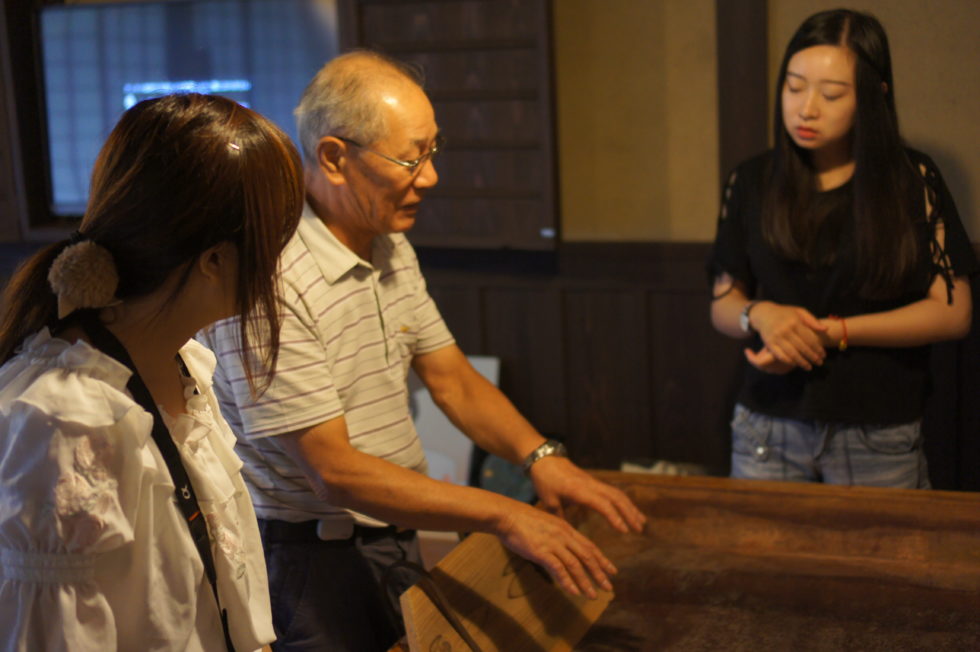 As one actually from China, it was very interesting to see the differences between Japanese and Chinese tea. In Chana, the tea is immediately fried dry to keep it from fermenting. In this way, the leaves are thinly damaged. In contrast to this, Japanese tea is steamed, in order to keep the chlorophyll and proteins. This damages the leaves more, but the after taste is very gentle. I actually had sum of this tea. 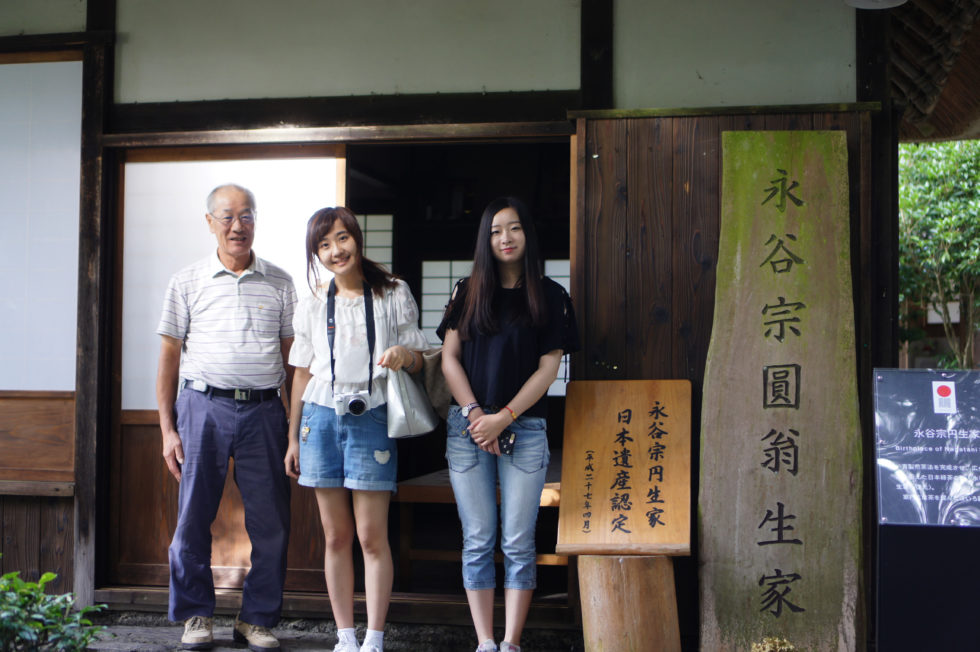 The moment the tea is poured into the cup, the strong sweet smell spreads, and with an effect even stronger than coffee, it makes you calm and happy. As is said " The temperature of the hot water will change the flavor". The tea created by boiling was a bit bitterer, and the tea cooked at a lower temperature had a sweetness to it. This is due to the rise in caffeine when the temperature goes up. In this way, tea can be changed and adjusted according to the season or visitor. 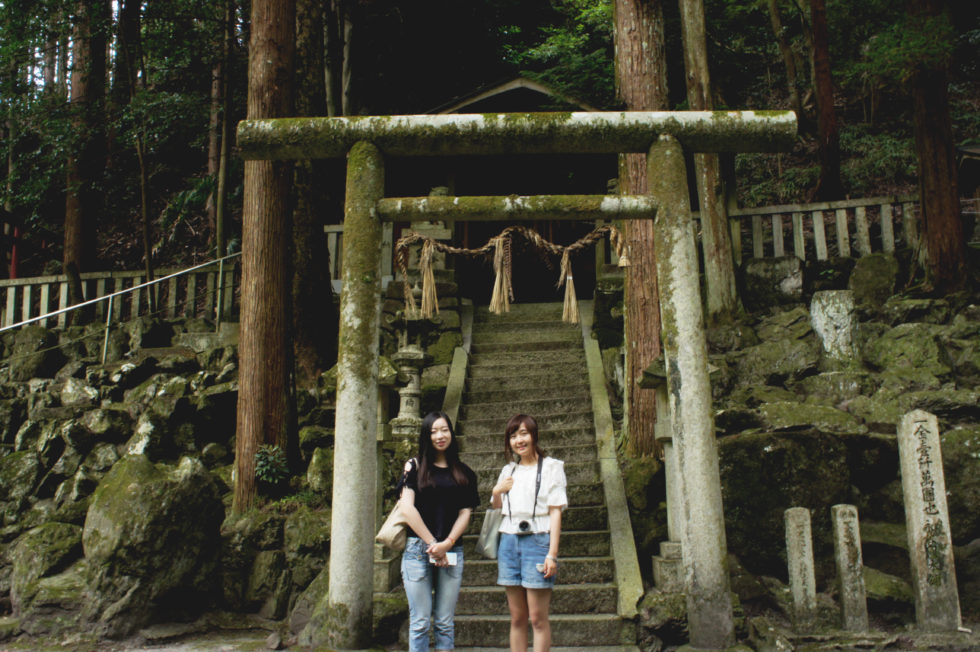 I also visited Chamuneaki Shrine, located next to Soen Nagatani's birth place. It is a shrine where one can pray to Soen Nagatani. Apparently, it is the only place in Japan with a god that intervenes with tea. Annually when bringing in the New Year, all of the people in the area come and pay a visit. The entire space is covered in moss and is surrounded by tall trees, creating a quiet environment. I was told that in the fall, the fall colors give it a totally different feel. 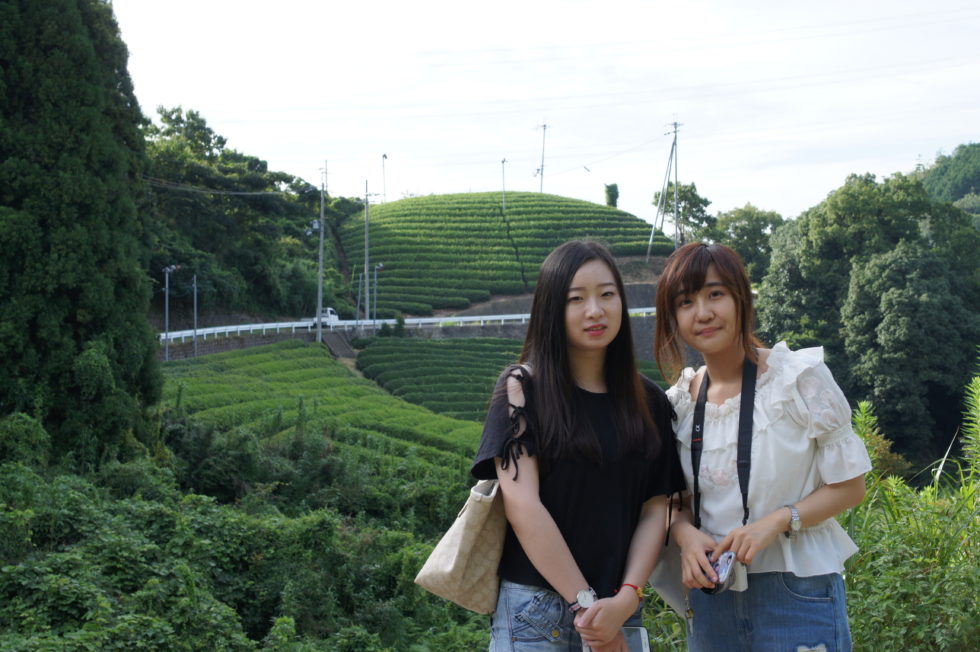 On My Way Home -The Warm Hearted Ujitawara People-

Time seemed to slip away, and before I noticed the temperature in this valley had dropped so I decided to head home. On the way, I ran into some elderly folks of Ujitawara. They warmly greeted me, and asked if I had visited Soen's place. They were very friendly. The people in Ujitawara, even to those they do not know, they kindly greet like family. Since I had never experienced something like this before, I was put at ease. 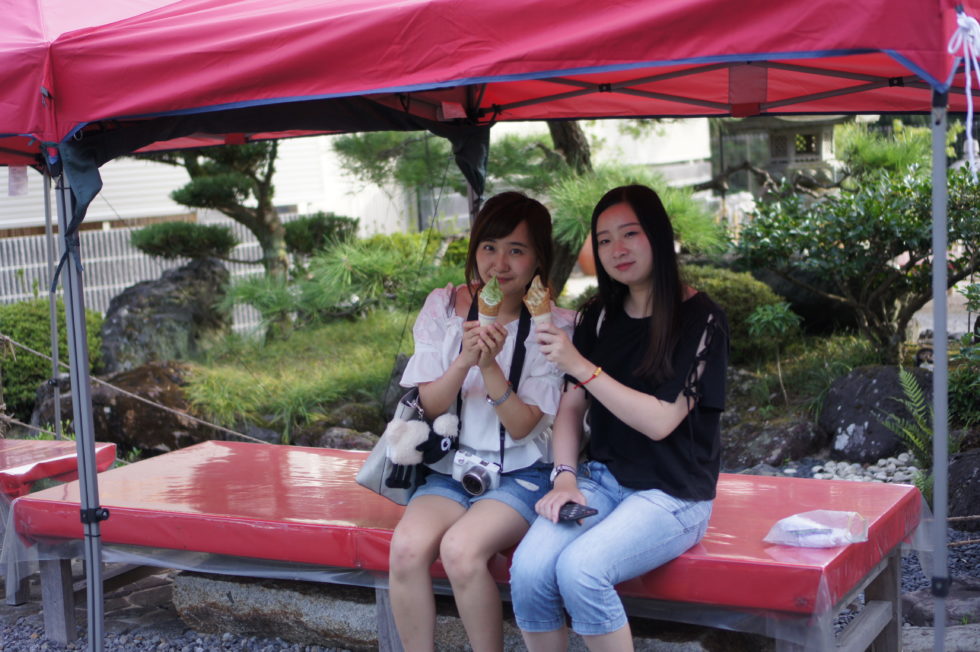 On My Way home -Going by Takadatsusenen-

On my way home, drawn by the good smell of tea, I stepped into a café with the name Takadetsusenen. It was still quite warm, so I had roasted green tea to drink, and refined green tea flavored soft serve! The Matcha sweats available at this store I had seen a number of times in Kyoto. But in Ujitawara, they also use the fragrance and sweat flavor of roasted green tea and refined green tea to make a variety of sweats. I felt that the tea that Soen Nagatani created is still loved and is continually being advanced by the town's people till this day.